Orcs! Dicing with Death is a push-your-luck gambling dice game designed by The Guild of Good Games primarily to be played in the live action roleplaying world of Empire by Profound Decisions. No knowledge of LARP or Empire is required to play or enjoy the game.

The game starts with a “Pit Fight” set-up phase during which players determine the order of play for the main “Battle” phase. The Battle consists of several rounds during which each player in turn rolls dice to try to defeat barbarian orcs and collect coins as booty, before either taking casualties or deciding to withdraw from battle in order to avoid casualties.

Whoever has collected the most coins when all the barbarian orcs are defeated wins the game. 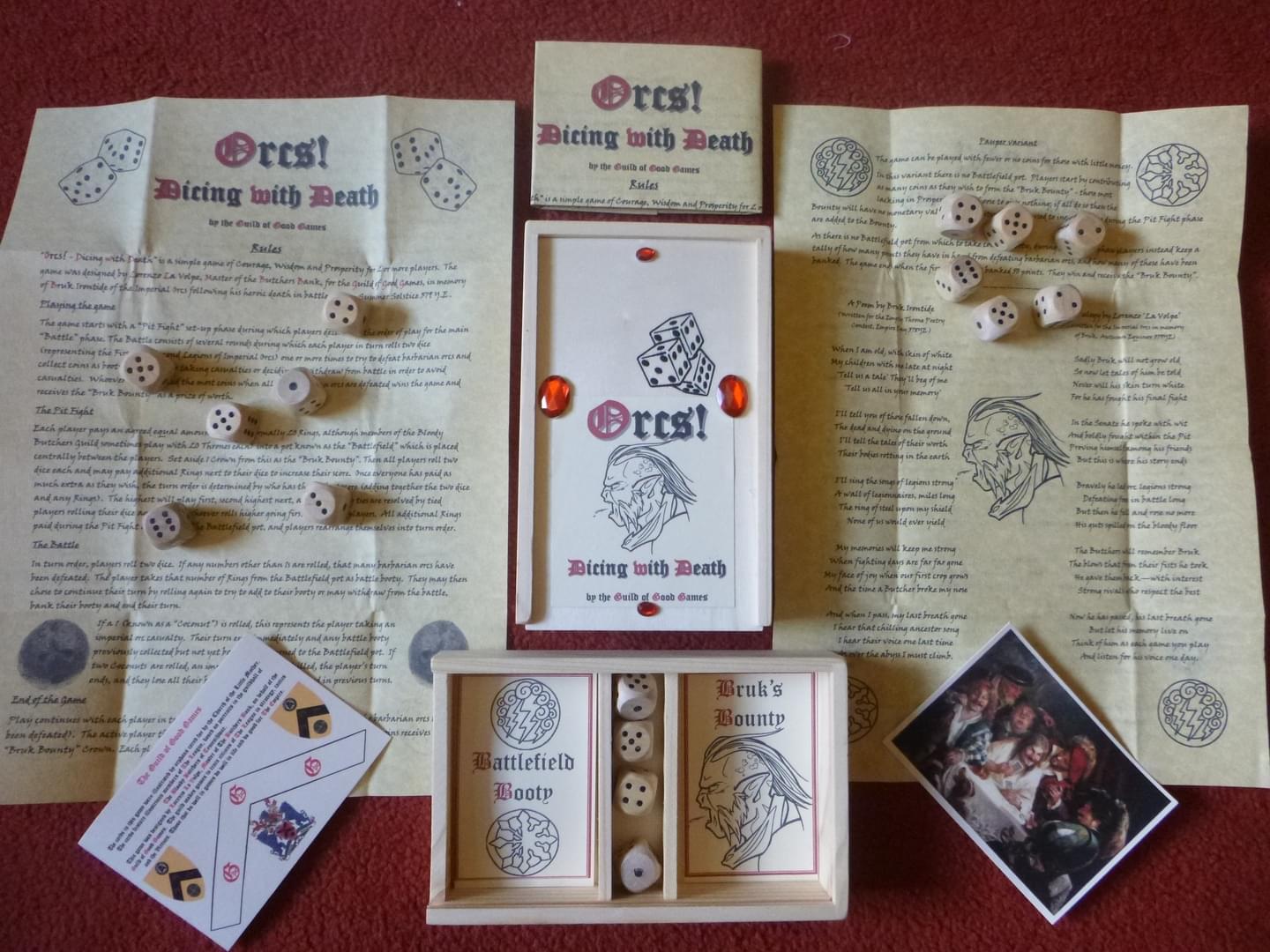 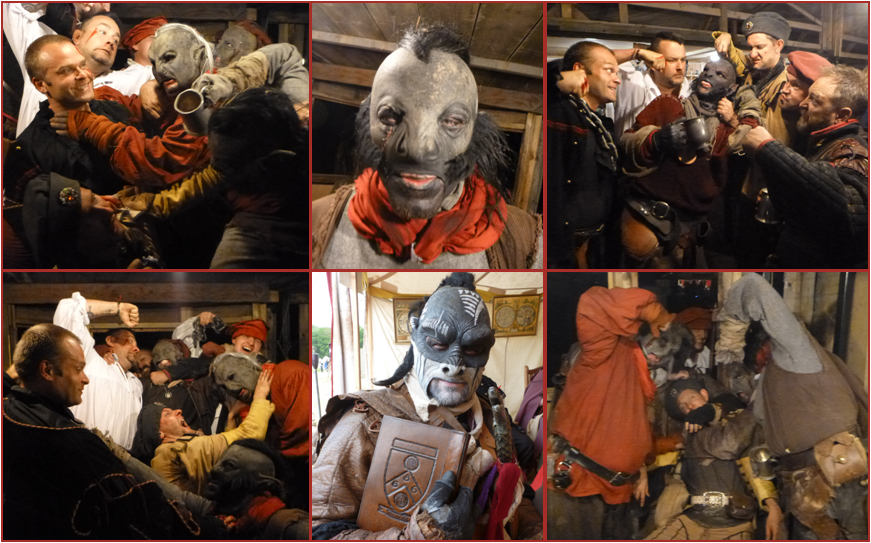